Of Breams, Dreams and Schemes 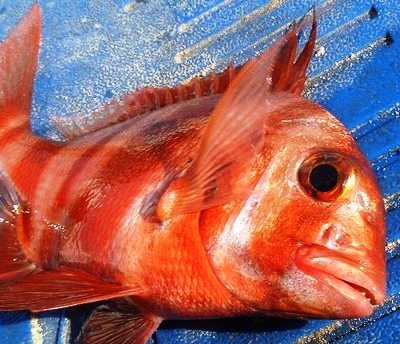 After a fishy conversation with Ruth of www.costadelsol-vacationrentals.com, I decided to take a look at the distinctly nondescript use of ‘Seabream’ in recipes translated from Spanish. There are many different sparidae or bream species available in plazas up and down the country, and in gastronomic terms, some are far more spectacular than others. Ask any Spaniard and you’ll guarantee a table-thumping debate.

Let’s take a look at just a few examples:

As I said before, a visit to any Spanish ‘plaza de abastos’ will acquaint you with most of these individuals, so it pays to know the Spanish name for them, though they can, of course, vary from region to region, and sometimes within the same region, bizarrely.

The names I’ve given seem to be the most common throughout the peninsula and are in a one to eight open-to-debate order of culinary quality. Besugo is a popular Christmas/special occasion dish up in Galicia, for example. No ‘ama de casa’ or housewife would consciously buy aligote/pancho if the occasion actually demanded Besugo, though they do look very similar. It’s the black mancha or mark near the gill cover of the Besugo that gives them away! For this reason they are also known as Ollomol in Galicia, as ollo means eye in the Galician language.

The citizens of Rota near Cádiz, for example, are convinced that the Urta is the king of them all and even have a summer fiesta dedicated to them where bars and restaurants vye, in direct competition with each other, the preparation and presentation of their exquisite Urta la Roteña. So next time you’re trawling a plaza de abastos, ten cuidado que no te den gato por liebre, or literally, take care they don’t give cat for hare, a besugo is a besugo and pancho is a pancho. Photo: Urta or Sama Roquera